← more from
Napalm Records
Get fresh music recommendations delivered to your inbox every Friday.
We've updated our Terms of Use. You can review the changes here. 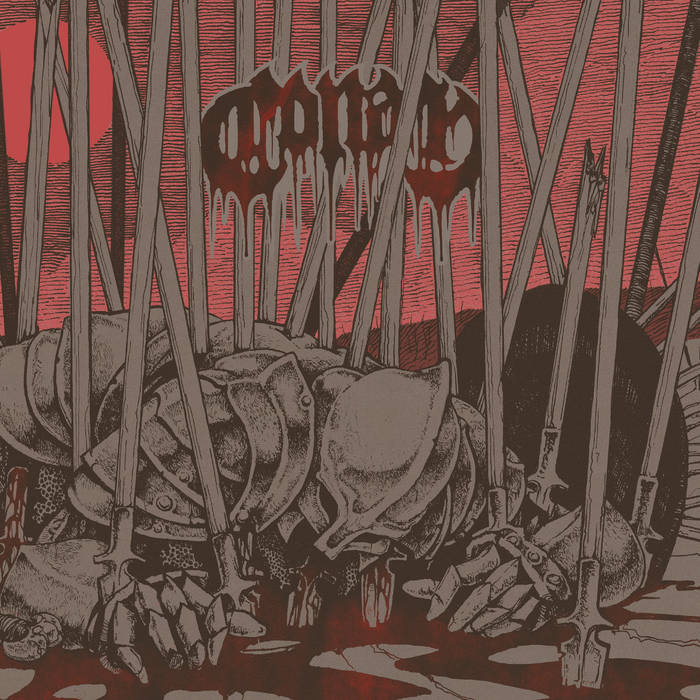 pinkytheent Fav Track: Equilibrium of Mankind. On this record, Conan buries you in a landslide of skulls. It is more visceral and violent than the cosmic void affair of their previous record. The crying speakers and feedback seem to bleed like the fallen figure on the cover. While not getting too adventurous, Conan did thankfully experiment with a little psychedelic phase sweeping/flanging and eerie fugue synths. Overall, they once again peerlessly hurl you into a world of barbarians and clashing blades.

Colin M. Somehow both exactly what you would expect from Conan yet different (and in many cases, improved) from what came before. Crushing, heavy riff and tone worship with enough dynamic somgwriting flair to keep it fresh. Killer. Favorite track: Righteous Alliance.

Darknight One thing is sure, Conan do not disappoint, they bludgeon you with the mighty doominess of all metal. Evidence Of Immortality is the doorway into mankind and time itself, HAIL Conan🤘 Favorite track: Equilibrium Of Mankind.

Veggietales From The Crypt

Hear the roar of battle. Smell the stench of spilled blood. A thousand heads piled high like a grim mound of suffering. England’s doom metal masters CONAN strike back again! Following their much acclaimed 2018 full-length, Existential Void Guardian, and their Live at Freak Valley record released just last year, the trio is gearing up for the release of their fifth studio album, entitled Evidence of Immortality, due out on August 19, 2022 via Napalm Records.
From colossal opening track 'A Cleaved Head No Longer Plots', CONAN’s upcoming magnum opus will overrun you like a steamroller. The British kings of brutally heavy slowness put their down-tuned pedals to the limit, crushing ears and minds when huge, rumbling chords and riff beasts muscle their way in over lances of infinite distortion. On tracks such as 'Levitation Hoax', CONAN showcases their trademark sound combined with uptempo, fierce riffage, and a pounding, impulsive groove in epic Caveman battle doom grandeur, before the song drags you into a safe, deep black hole. Second album single, 'Righteous Alliance', emphasizes that CONAN are the masters of their craft, while Jon Davis spits his lyrics over the uber-synchronized power chord changes and tempo shifts of the anti-holy trio of bass, drums and guitar. Evidence of Immortality was recorded and mixed by Chris Fielding, was mastered by James Plotkin, and also sees former band member Dave Perry performing on 'Grief Sequence'. Bow down and hail CONAN, as their sound will live immortal on the battlefield of doom, and their new album will be the ultimate Evidence of Immortality!

Bandcamp Daily  your guide to the world of Bandcamp